Written by WesTec on March 28, 2019. Posted in Business, Telecommunications

A Switchvox phone system is the tool that small and medium businesses need to keep their edge against larger competitors. If you are a business owner, you know that competition can be stiff. But with Switchvox, you’ll be ahead of the curve. Switchvox is Digium’s family of VoIP phone systems— Voice over Internet Protocol. Their target is small and medium businesses looking for an easy and affordable design to help make running a business more efficient. There are a variety of reasons Switchvox is one of the leading VoIP solutions in the business world.     WesTec Communications now offers Switchvox, and their talented team of technical experts are excited to be able to help you out with this new VoIP solution. Contact us today to learn more or to get started with a Switchvox phone system of your own. 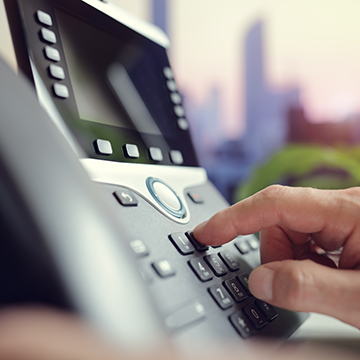 Mission: WesTec will be a “turn-key” solution for all of its clients’ business connectivity needs. It will offer efficient and effective solutions, directly and with strategic partners, that create tangible value for its clients at every point of contact. Westec will serve all people and entities with a servant’s heart.